Mapping Me | msf.gr
Skip to main content
Login
prev
next 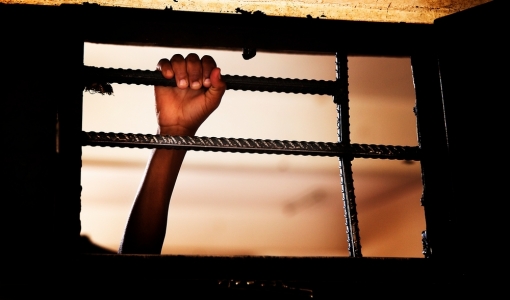 Why the asylum procedure in Greece needs to do more to recognize the specific needs of survivors of torture.

This article was written by a member of the Survivors² Advocacy Group in Greece, whose members are all current and former beneficiaries of MSF’s rehabilitation clinic for victims of torture in Athens.
By Justice*
The lady gave me a bad look when I walked into my asylum interview. She looked at me like ‘here is another one – another black with the same story’. She did not know I was a survivor of torture. Nobody knows from just looking – we are invisible. You cannot see the map of our lives… 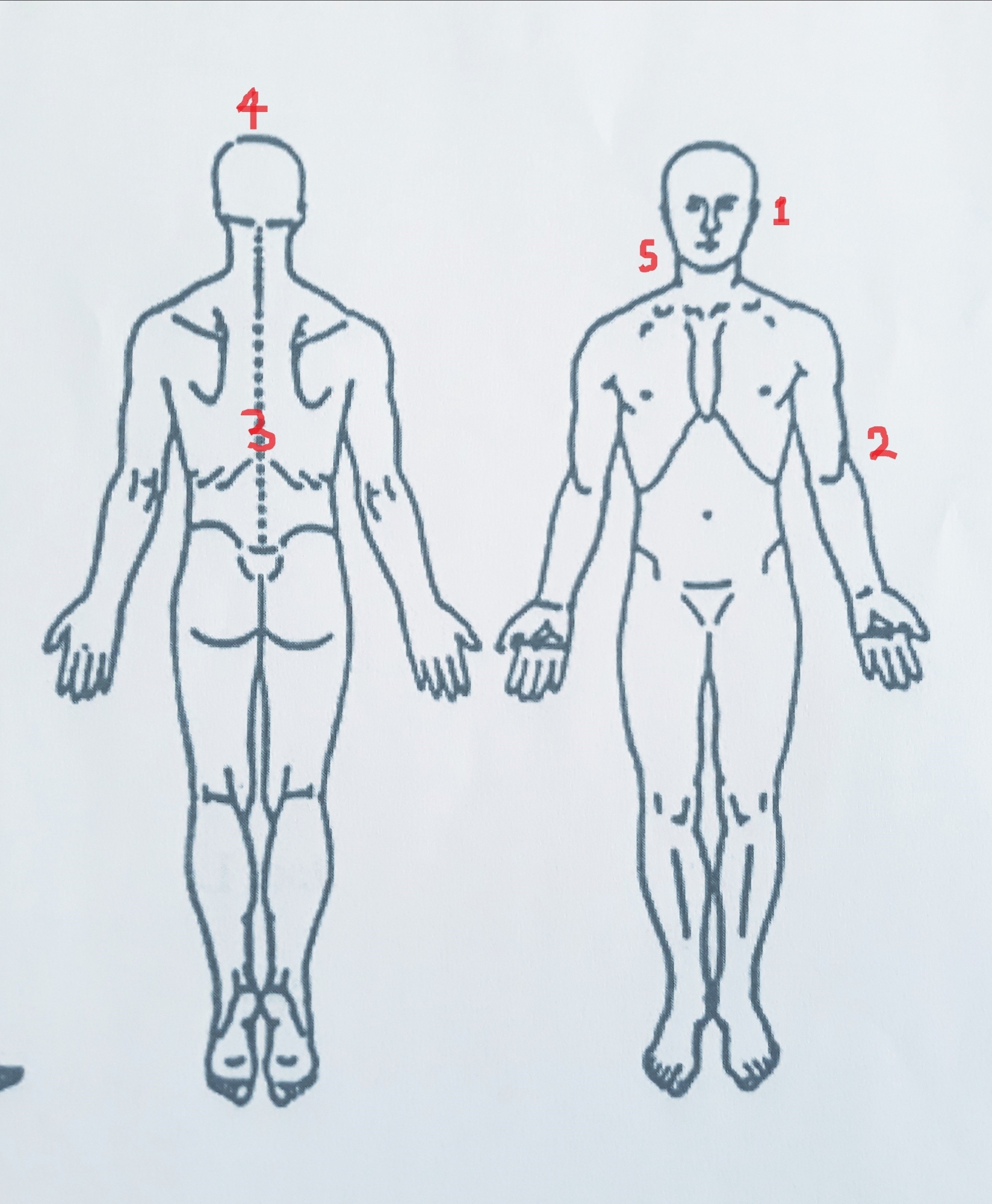 1) Ear
I lost hearing in this ear when the men abusing my mother hit me with a gun. I was very young. They raped her in front of me. She was on her period. I thought they were killing her when I saw all the blood. I stood up to fight them but they just hit me – BANG – on the head. Blood was coming from my nose and ears. I passed out. I remember one man standing in the corner, watching everything, just smoking a cigarette.

I felt ashamed to say this in front of the lady from the Greek Asylum Service (GAS). I cried when I told her this part of my story. I thought she would be sympathetic but she was not. I remember it very well: she just turned the other way like she did not care. She was not interested. It made me feel like I should share less, not more of my story. I did not know then how important this would be.

2) Arms
These arms saved 14 people from drowning. We took the balloon boat from Turkey. We began at 8pm – it was completely dark. It became clear we were going to sink. There were only two other men onboard – one man had one arm, the other man was very, very fat. The rest were all ladies, old women, kids. I paddled non-stop for 7 hours. I did not break. I think if it the kids were not crying then I would not have been able to do it. I thought we would die but the only option was to go on. All I knew was that I would not go back home. I thought my arms would fall off.

We did not speak about this experience in the asylum interview. I guess it was not relevant to them. But I think the GAS need to understand some of the traumatic things survivors have faced on the way to Greece. These things also affect our ability to share our experiences in the interview. We have been traumatized by many things – not just the torture.

3) Back
I was taken to a military training camp. I was put in a tent with four other men. On the first night, they held me down and did very bad things to me. They were in their uniform. I screamed for hours. I was sweating with fear. The next day I reported it to my superiors. They beat me with canes. My back turned red. I understand now that it was all organized: they were trying to break me. They wanted to use my shame to make me do other things for them.

When I went for my asylum interview I saw many people in uniform. Straight away, my head was full of questions. What do they want? Did they know the guys that tortured me? Are they working together? If I tell them what happened will they just do the same to me? Torture destroys your trust in people but especially your trust in authorities. I understand they need policemen at the asylum centre but the GAS should explain the difference between the police and the people doing the interview.

4) Hair
Now I have beautiful hair but after my asylum rejection it became horrible. After the rejection, everything came back to me – all the stress, all the memories, all the fear that I would be sent back to my torturers. My hair became very long, very dirty, smelling very bad. I did not wash it or comb it. I would not go outside. I locked myself away. I was thinking to kill myself. I was ready. I wanted to sleep, to go silently like on a phone: ‘Do Not Disturb’.

I think it must be very difficult for anybody to get this rejection. But for survivors of torture it can be really, really bad. I was very, very badly damaged by this. The rejection felt like I was being tortured all over again. I think the GAS need to understand the impact of what happens when you tell a survivor that they’re torture didn’t really happen.

5) Mouth
Torture is like having a disease inside you. The shame eats away at you. They torture you because they want to silence you. I only understand now that the only way to treat this is to speak out about it. When I joined the Survivors2 Advocacy Group it was the first time I realized I was not alone. Now I want to speak out for all of us, not just for me. I want change for all survivors.

My asylum interview was the first time I told anybody my story. But it was very different to sharing it with the other guys in the Survivors Squared group. I had no preparation. I had no support. I had no information about what was going to happen. I did not feel comfortable. I was also sharing my story with someone who had no idea about torture. I remember showing her wounds on my body and she just ignored them. I think GAS need to have a better understanding of what torture is. I think GAS need to create the right environment so that people feel comfortable to share their experiences. Only then can we have justice in the asylum procedure.

*Interviewed by MSF victims of torture team. The author’s name has been changed to protect their identity.